In 2014 the City Council launced a consultation exercise with local organisations and individuals , culminating in an options report and a subsequent bid to the Heritage Lottery Fund for the preferred option (‘C’) of a complete new building with an approximate cost of £2.5-£3 million. 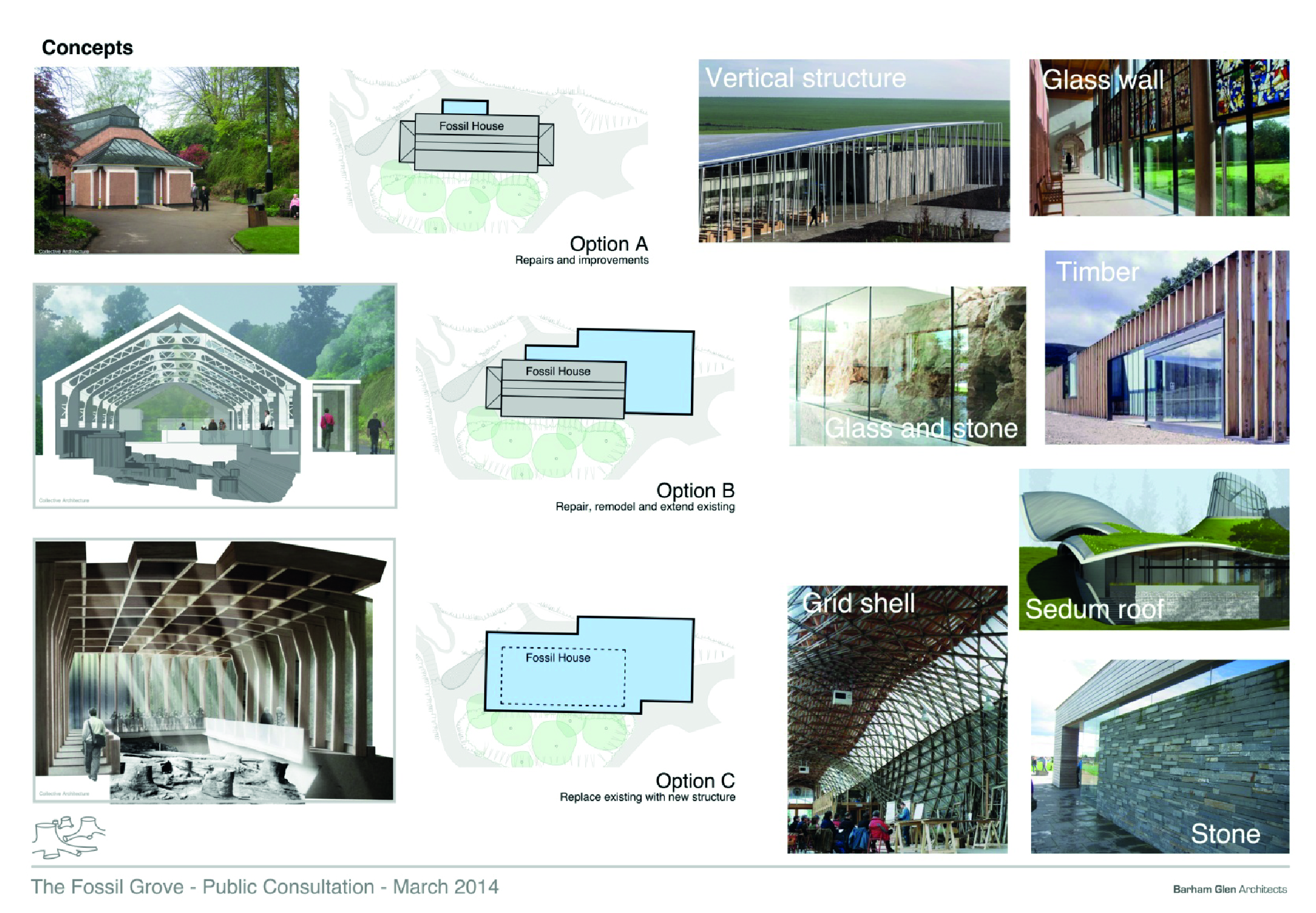 The City Council were asked by HLF to review two key aspects of the bid; namely (a) the sustainability of running the new facility and (b) how the new facility would fit into visions and plans for Victoria Park.

The Trustees commissioned a study into options for running and mangaging such a facility from Glasgow Caledonian University in 2017. It concluded that the best method of ensuring a viable operation was to enhance its broad appeal, link it to dinosaurs and charge for entry. This was rejected by the Trustees and other models are now under active consideration.

At the same time the City Council launched a major consultation amongst the Community and park users, initially via a ‘Place-Making’ exercise, to create a strategy for the park – including the Fossil Grove. This process is on-going and a new Community Trust is in the process of being established to carry this process forward.

In late 2018 the Fossil Grove Trust reinitiated the HLF bid process with the support of Glasgow Life, resulting in a new Expression of Interest being submitted during 2019. This resulted in a recommendation to seek project viability funding from the Architectural Heritage Fund (AHF).

In 2021 a new revised project scope involving modification of the existing building was commenced, involving a new building condition survey and a feasibility study carried out by Smith Scott Mullen Associates. The work is supported by a Project Viability Grant from AHF and generous funding from Historic Environment Scotland – for which the Trust is very grateful.

The project is fairly long-term involving new drainage works and improvements to the ventilation and heating – which will commence in late 2022. These works will be followed by a significant period of monitoring of environmental conditions which will inform a new computer modelling phase leading to recommendations for a final renovated building design.

One concept being explored is to eventually remove the plant room on the north wall and create some viewing windows with improved interior lighting so the fossils can be seen by visitors even if the building is not open.

In addition a new relationship with the City Council is being explored as well as a reconfiguration of the Trust’s governance arrangements – including the estabishment of a SCIO.